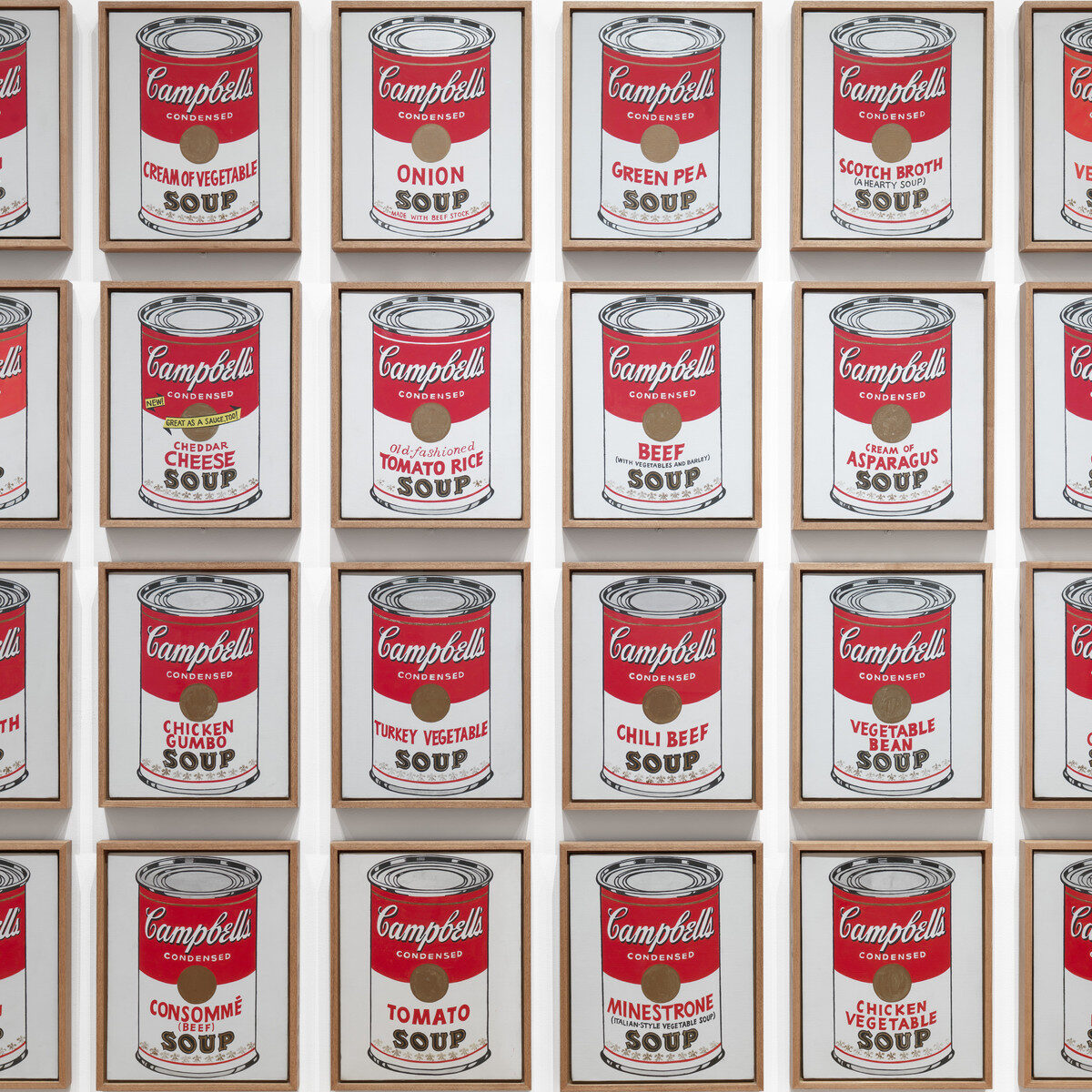 Campbell’s Soup Cans are oil on canvas paintings done by Andy Warhol in 1962.

Andrew Warhola better known as Andy Warhol was an American born artist. He was one of the leading artists in the pop art movement. His work explored the relationship between celebrities and advertisement that was at the rise during the 1960’s. As he explored this, he came out with pieces that had people questioning products that people were using on a daily basis. Warhol was skilled in a variety of different techniques including painting, silk screening, photography, film, and sculpture.

Campbell’s Soup Cans is not one but multiple paintings that create a single art piece. There are thirty-two individual canvases framed then placed in a four by eight format. The paintings are of Campell soup cans, each painting is of a different flavor of the soups offered by the company at the time. Warhol had no particular order when it came to organizing the canvases, however he was sure on how he wanted to display them. Although each canvas is framed on their own, they are displayed as if they were on store shelves. This idea was very important for the artist. Warhol had this outlook on simple products that no matter if you were rich or you were poor, at the end of the day both social classes still reached for the same Campbell soup can on the grocery store shelves.

Warhol is a famous artist that everyone knows about or is familiar with in some way. Now knowing how meaningful his paintings really are, the stories behind all his work, how he really was as an artist and as a person, I have a newfound appreciation for his work.