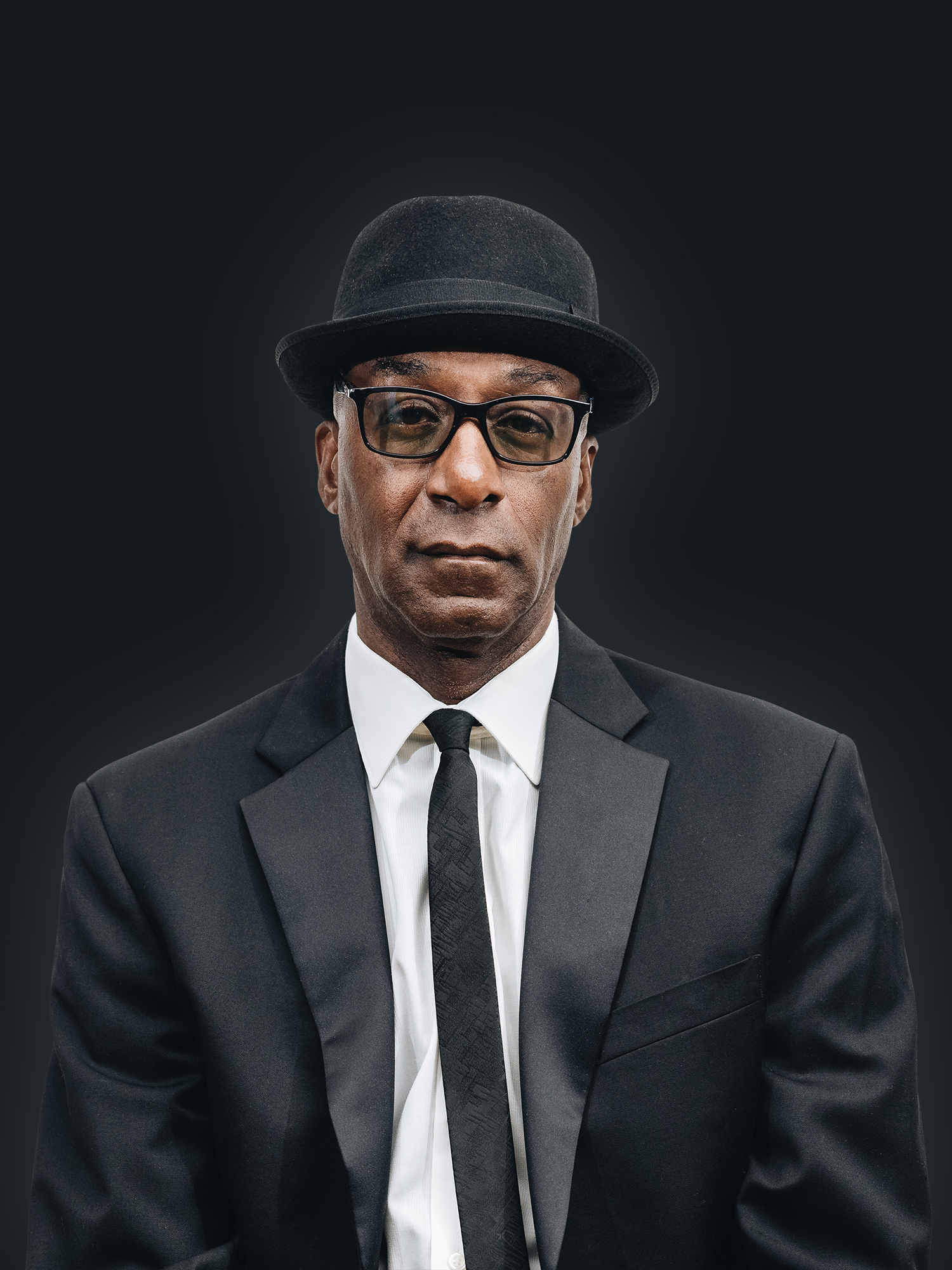 A native of Atlanta, Georgia, Stacy began drawing and painting as a child and attended New York’s Suny Purchase in the 1970s. Stacy’s connection with art began when he was 12 after visiting a family member in Mount Vernon, New York who could draw comic books. It wasn’t until middle school, an encounter with his Italian art teacher that Stacy realized his passion for art was just beginning.

In 1977, his freshman year in college, he painted his first mural of Bruce Lee outside his dorm room in the common area. After earning his bachelors degree, he continued to to Herbert H. Lehman College where he earned his masters degree in Fine Arts. Upon graduating he taught art and mentored the youth at Wiltwyck School for Boys before its closing in 1981, despite dedicated support from Johnny Carson and Harry Belafonte – who would often organize and perform in hopes of keeping the school operational. After relocating to Atlanta he became an art teacher in DeKalb County for 3 years.

In 1986, he founded his art company Mural Mural On The Wall with his twin brother Stan, who eventually founded his own art company, Bring Your Walls To Life. From there the two would begin to travel the southeast  United States to paint murals for local schools.

Stacy’s largest mural was a Boeing 747 on the interior wall at Northrop Grumman Corporation, an American global aerospace and defense technology company.

In 1989 Ben Jones, a member of Congress, wrote him a letter congratulating him on “the unveiling of the new mural at Columbia Elementary.” Ben Jones stated “You are a talented and creative person. The painting of the eagles is as good an example of “school spirit” artwork that I have seen.”

By 2001, his commercial success began to gain a following online as he expanded his works to the entire east coast. His artwork has been featured in hundreds of newspapers, magazines, yearbooks and consistently featured on news & TV throughout the United States. In February of 2004 Stacy redesigned the gym at Mainland High School in Daytona, Florida. The project was aided by a $6 million gift from notable alumnus and professional basketball player Vince Carter.

In 2011 Stacy was honored by Prince William County School Board (Virginia) Vice Chairman Lily Jessie at the Fabulous Fox Theater in Atlanta to commemorate the 25th Anniversary of the company’s existence. In 2015 Mural Mural On The Wall won the “Signatures of Loudoun Design Excellence Awards” for Newton-Lee Elementary School’s Virginia Timeline Mural in Ashburn, Virginia.

2021, the latest work from Mural Mural On The Wall can be seen in Universal Pictures’ “Dear Evan Hansen”, a theatrical motion picture adaptation of the Tony and Grammy Award-winning Broadway musical. (Directed by Stephen Chbosky (“The Perks of Being a Wallflower”, “Wonder”).